Then I started to imagine him squatting naked. Then me squatting naked behind him, up and down together in rhythm, with my cock in his ass, trying to keep it in there like a steadi-cam while still maintaining good form for ATG squatz. Beethoven is playing in the background. Statue of Michelangelo’s David with Zyzz’s head is in front of the squat rack.

I’m wondering if there are gay guys out there that squat naked together while fucking. I mean it definitely is possible. I bet some people actually do it. Like gay fitness enthusiasts. They even have gay orgie training sessions where 3,4, or even 5 people squat in a line with cock inside the ass of the person in front of you. Or blow job deadlifts. Dude sitting on another dude’s face during bench. All of it going on at the same time, all the time in this gym.

All the bars have like cock designs on each end. The weights of the plates are divided by skin colors (black plates are the heaviest, yellow ones lightest)…and their openings all look like anuses.

What a monk.
what a gym. Why didn’t I think of Zyzz this way?

For instance, a lot of people criticize fitness Youtuber Ian Mccarthy because he “doesn’t look like he lifts” , and that it’s better to take advice from people who look big and ripped, like the Hodgetwins.

But having the genetics, time, dedication, motivation to build muscles vs reading about and knowing or the motivation to understand how to build muscles don’t always go together. In fact, if you spend all day collecting information about something, there’s a chance that you won’t have the time to also DO it, and that doesn’t mean that the knowledge you have is invalid.

And as we all know, there are many ways to skin a cat in everything we do.

People might tend to believe everything a bodybuilder says just because he looks good, and even if this bodybuilder ‘talks’ his ‘walks’, chances are his method might not work for you, and he probably won’t know that much about other methods because he doesn’t need to know them; Natural abilities and genetics play a huge role in how good someone is at something.

For instance, a black guy who jumps really fucking high would probably get asked the most often how he is able to do so. But people who can jump that high are born that way and he’s not going to sit down and read the Vertical Jump Bible and try to understand something that he already knows how to do. Ask him how to jump higher, he’ll probably tell you stupid shit like to jump rope or wear ankle weights. I’ll get advice from the white guy who spent 2 years researching and trained himself to jump 30 inches anytime. 30, not 15 (you can’t be a complete moron either).

I think there might even be an inverse relationship between theory and practice in some cases. At least in art, it tends to be the case that the more you hold on to ‘theory’ the less ‘creative’ you are.

I remember most of the professors taught at my art school, even the great ones, suck at making art themselves but are great at instructing others how to do so. Sometimes we get visiting artists, professionals from the field to lecture. But more often than not they are bad teachers.

The best musicians are artists are rarely the best teachers. Most film critics can’t make films. Good coaches are bad players and vice versa. In Taiwan, 99 percent of eye doctors wear glasses. Kant the philosopher rarely leaves his house, never had sex, and probably doesn’t have much ‘real life experiences’, but other people who do live in ‘real life’ benefit greatly from his ideas.

I don’t know which I hate more; lifting weights or practicing the violin.

Eating and shooting videos are annoying as hell too.

The only things I genuinely enjoy doing are film editing and reading in my underwear because they require almost no physical movements.

If they are going to give privileged seats for old people and the disabled, the seam treatment should be applied for bodybuilders. The image of Ronnie Coleman walking into a bus and people standing up to give him their seats makes perfect sense in my mind.

Finally had a lucid dream off of Alpha Brain!

(read my last post about my first experiences with Alpha Brain). This will be the 4th night. I took it a hour before I went to sleep.

I know it’s boring to read other people’s dreams but this is just fucking crazy, even by my standard. Someone tweet it to Joe Rogan to thank him.

“It was prom night! I didn’t have a date, all I did was hang out with my camera. All the guys in my group were old as fuck. One of them was my uncle and he kept touching my hair.

But not me! I got annoyed and detached my entire genitalia, (which had really strange anatomy that consisted of just one really soft but elastic sphere that looked like it had the potential to bounce a mile high). I rounded it up and threw it at her like a baseball pitch and in mid air it started to catch fire. She caught it with her mouth and turned into the really pretty Natelie Portman we see in the movies and then started singing Wagner.

Everyone wanted me to take pictures for them. Funny thing was that they never looked into the camera, so I went up to everyone as close as I could, even to the point of occasionally licking their faces to get their attention. It was no use. I ended up photographing their pimples and thought to myself, “This is artistic as fuck”, but kept it to myself because I knew those morons would not think it was beautiful.

We started driving to drop off the couples all the way at New York (from LA). I sat in front and the driver was a tall glass of water, probably over 7 feet but no more than 90 pounds. The car was a regular sized sedan, but somehow it could house as many people as the longest of limos without the passengers feeling a bit like it was a small space.

On the freeway we saw some small, puppy-sized dinosaurs hopping around. I was like HOLYFUCK! dinosaurs were not extinct! I tried to tell everyone how important this discovery was but everyone was busy making out and my uncle was already fucking Natelie.

I scooped up one of the dinosaurs but upon closer inspection, I discovered that it was just really advanced toys that escaped from Toys R us. I was so disappointed that I took it apart. I had my hopes up when I saw wet organs inside – heart throbbing, lungs breathing, stomach churning with what looks like food inside as well. But upon even closer inspection, the organs were fake…motivated by double A batteries.

Pissed as fuck, I threw it as hard as I could on the ground. I didn’t break, just giggled.

I turned to the driver and asked him when we were going to arrive but he just kept repeating “DO WHATEVER THE FUCK YOU WANNA DO!” over and over and went on for hours. I got pissed and beat the shit out of him. He died right on the spot but the car kept driving by itself…

Finally we arrived at NYC, and my dream slowly dissolved (like the way films do when it changes scene) into the waking world.

going back to sleep now to see what else i can pull out. 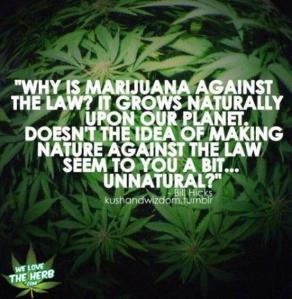 – Not saying that weed is bad or anything, but the whole “it’s found in nature! so it shouldn’t be illegal” argument is retarded.

Just because something is found in nature it doesn’t mean it’s healthy for you, or that it shouldn’t be kept away from civilized human beings who might crave it.

There are tons of poisonous substances found in nature that are lethal to the human body. What if there’s a newfound species of snakes that can get us high, but the negative consequences are as bad as Heroine? Should that not be made illegal?

And the whole “it’s prohibited by law, therefore it is against our freedom” idea is equally nonsensical.

I’m pretty sure the hunter and gatherer society, where everyone is pretty much free (to kill and rape anyone for that matter) sounds like real freedom to me.

Complete freedom is no freedom. Freedom can only arise out of a structured backdrop/limitation.

Freewill and determinism are not two exclusive concepts, but must co-exist for either to make sense.

*I popped two sleeping pills, some fish oil, BCAA pills, creatine, and Alpha Brain when I started typing this.

I think I’m gonna go with the 120 thrushhold theory: Creativity and Intelligence correlate only up to a certain point: IQ of 120.

Any more raw intelligence beyond 120s might not contribute to creativite works. We all know a lot of very intelligent people in our lives who are dry and boring. Surgeons that come home to watch pre-recorded NBA games comes to mind. In fact, a lot of the so called geniuses with IQs of up to 160 end up doing nothing in life other than boasting their cold blooeded IQ testing abilities.

The way I see it, creativity, at its rawest form, is the randomness, chaotic, irrationality, intuitive, primal, hollistic approaches of the right brain.. and if you want you can just call it the INSANITY of the right brain. A schizophrenia might be the purest form/embodiment of creativity. A schizo is so creative that he can actually believe that whatever he is thinking is real. But ironically schizos aren’t “creative” in the technical sense of the concept because without the line between fantasy and reality, you can’t create works because to him, there is no need to manifest an idea into real life.

If the left brain can’t organize these insanities generated by the right, the person might literally go insane. If the left brain can somehow, but not completely keep the right brain’s power in check, then we might have those (talented) but self-destructive artists like Virginia Woolf, Van Gogh, Jackson Pollack, Neitzche.

THe reason why Einstine and Da Vinci are the greatest geniuses of all time is because they have both sides of their brains to the 10000x power. They don’t supress each other, but work together. Einstein’s right brain is probably as insane and creative as any self-sabonaging artists that the world has had, but he also has a left brain that is capable of scoring 150 on the IQ test to organize these ideas and put them to good use.

Richard Feymann was a brilliant physicist. His IQ was only 125. Which tells me that he is just as imaginative, if not more than Einstein… he has to make up for the – 30 point defecit to Einstein

falling aslsp. goodn ight b my bears lift weights and juggle. god loves it when you ath wet as fuck my pimple